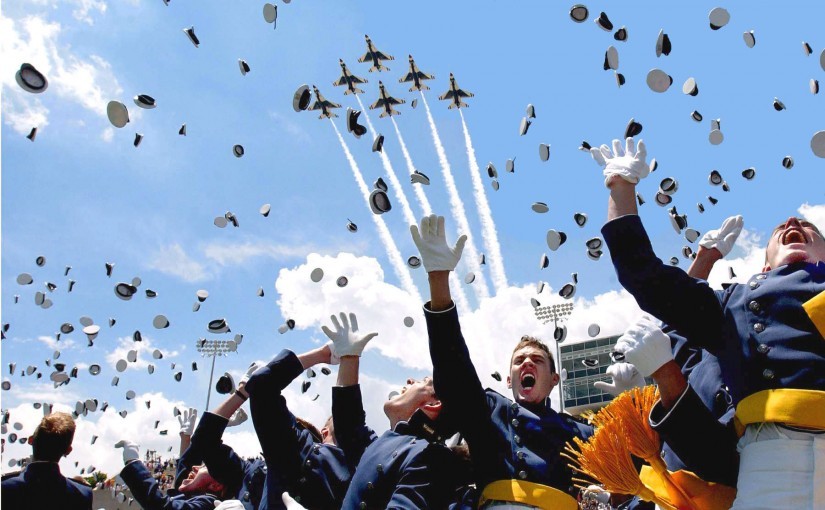 Many parents turn to the concept of a military school as a way to instill additional discipline and a strong academic foundation in their sons and daughters. Contrary to the perception some have of such schools as a refuge for troubled children, these schools are very successful in setting a solid course for postsecondary education, careers and success.

However, you will find your options limited for military-themed secondary schools with in Colorado. The alternative is to select one of the many schools offering quality Junior Reserve Officer Training Corp programs. You will find at least 34 schools in the state offering JROTC programs with all four major services represented (Air Force, Navy, Marines and Army).

However, the state of Colorado stands out as the home of one of the five federal service academies, the United States Air Force Academy. The goal of this four-year academy is to graduate candidates with a baccalaureate and to produce officers who will serve as pilots and in other capacities in the U.S. Air Force.

The Fighting Falcons found there home in Colorado in 1956 and the USAFA graduated its first class in 1959. The youngest service academy, the school was founded to support the nation’s new military arm after the Air Force was split from the Army after fulfilling an essential role in WWII.

A Focus on Leadership

While the Academy at Colorado Springs has a goal of providing officer pilots, it also produces officers for all other aspects of the Air Force’s office corps. In fact, only 45 to 50 percent of graduates actually attend flight training after graduation. Of the roughly 46,000 graduates, more than 600 have become doctors, 39 astronauts, and more than 600 general officers.

These statistics accentuate the schools primary goal of developing leaders for the U.S. Air Force, serving in a variety of capacities around the globe. The stated core values of the Academy are “Integrity First, Service Before Self, and Excellence in All We Do.” In addition to the overall culture and environment of USAFA there are a number of active programs to reinforce these values. There is also a Directorate for Culture, Climate and Diversity to ensure the school provides ‘a culture of commitment and a climate of respect’ for the individual.

As is to be expected of a school preparing officers for a high-technology career, the Academy has a demanding academic environment. In addition to fulfilling many military duties and participating in athletics, all cadets graduate with an engineering baccalaureate with one or more majors.

Graduates of the Academy have often been selected for prestigious post-graduate programs, with several hundred having earned scholarships such as the Rhodes (37), Fulbright (47), and Olmstead (76). Additionally, a few select graduates are allowed each year to attend medical school, law school and dental school.

Athletics are another field in which Academy cadets excel, with numerous attendances at national championships, bowl games, and even selection for the Olympics. Dozens of sports, from swimming to football to fencing are offered and the competition is world-class. At least 25 percent of the Corps participates in NCAA inter-collegiate athletics. Of course, the inter-service rivalry with Army and Navy is the highlight of each cadet’s athletic career.

Seeking an Appointment and Starting the Application Process

As a federal service academy, the standard process for receiving an appointment is to apply to your congressman, senator and/or for other potential sources. There is an online portal that all prospective cadets will use to begin their application process and/or to apply for the Summer Seminar program.

An academy education is free to the cadet, but it costs the U.S. just under a half-million dollars per graduate. This makes the process of selection very competitive, with roughly 10,000 applicants for approximately 1,200 admissions.

You’ll find the Summer Seminar program invaluable for several reasons. Each year, the Academy hosts a number of potential candidates for an intensive visit to the school. These invitees live in cadet barracks, eat in the mess hall, and get a firsthand overview of life at USAFA, as well as what the Air Force offers for a career.

The first advantage to attending is your prospective cadet will get a good idea of whether the challenging environment at Colorado Springs is for them. Secondly, the program evaluates the attendees, and those who show potential have a greater potential of receiving an appointment. Lastly, as a parent, you will have many of your questions answered about what such a decision means to your child.

If you or your child living in Colorado are desiring exposure to military service while pursuing secondary education, you will have to select one of the different JROTC programs offered in the different high schools. However, just south in New Mexico you will find two good alternatives, including a junior college, New Mexico Military Institute. Participation in JROTC is one element that will help your student’s chances for selection to a federal service academy.