– schools for troubled youth or boarding schools with therapy.
Skip to content 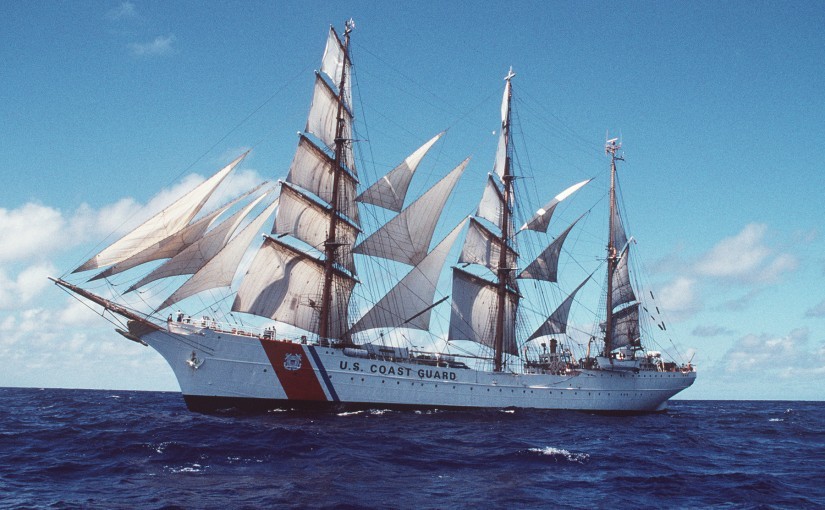 During its early days the state of Connecticut earned the nickname “The Land of Steady Habits” because of the strict morals of its founders. Centuries later, this state of resolute citizens is the home of the United States Coat Guard Academy, the oldest life-saving service in the world. Individuals interested in pursuing a future of service protecting America’s sea borders and its citizens will find the Coast Guard Academy provides a uniquely individualized academic experience.

Prospective cadets may also want to consider the State University of New York Maritime College, while younger students looking for a college preparatory experience may want to consider the New York Military Academy, both of which are located near the Connecticut border in downstate, New York. All three institutions encourage a disciplined academic experience with a focus on developing future leaders for military service.

As one of the smallest of the five federal service academies, The United States Coast Guard Academy’s academic program emphasizes leadership,  physical fitness,  and  professional development. Located on the Thames River in New London, Connecticut, this coed public federal service academy aims to produce the future commissioned officers of the United States Coast Guard. Its small size allows for a smaller faculty to student ratio, which promotes more individual guidance and mentorship.

The Academy has achieved recognition as one of the nation’s most elite military academies. In 2015 it was ranked by U.S. News and World Report as number one in the ‘Regional Colleges North’ category and number twelve in the nation in the ‘Best in Undergraduate Engineering Programs’ category. Accredited by the  New England Association of Schools and Colleges, The Academy offers full scholarships for all enrollees to earn a four-year  Bachelor of Science degree. To further support the individualized development of each cadet, the Academy offers supportive instruction and tutoring outside of the classroom both through faculty and a strong academic support programs.

The Coast Guard Academy Corps of Cadets is comprised of almost 1,000 men and women from around the world, all of which are working toward a commission in the United States Coast Guard or their host country’s military service. Upon graduation, newly commissioned U.S. based ensigns, or junior officers, report for duty aboard cutters and at offices across the United States. Graduates of the Academy are  obligated to serve five years  in the  United States Coast Guard. In order to continually instill the values of leadership and personal responsibility into its cadets, the Corps of Cadets is run by the cadets themselves with oversight and counsel from company officers and chiefs.

The academy also offers a Division III athletic program, which reinforces the values of personal development and teamwork. All cadets are required to participate in either one of its 25 intercollegiate sports, a competitive club team, or an intramural sport. The Academy offers the majority of popular sport teams with special emphasis on aquatics-based activities.

To be eligible for admission, applicants must have proven academic accomplishments, particularly in math and the sciences, be a skilled athlete, hold a record of service to the community, and possess a desire to serve their country and humanity. The Academy’s admission process is highly selective, accepting only 300 of the most qualified applicants from an annual nationwide pool of approximately 5,000 applicants. Interested students are encouraged to schedule a visit or request more information. Those who are ready to apply should complete an online application in accordance with the Academy’s key application deadlines.

Individuals interested in protecting America’s sea boarders may also want to consider a military education provided by the State University of New York (SUNY) Maritime College. SUNY Maritime is a coed, public, four-year college located at Fort Schuyler, a historic key outpost during the Civil War, in Throggs Neck, New York. The mission of SUNY Maritime is to educate leaders to excel in the global maritime environment through an interdisciplinary approach to undergraduate and graduate studies in engineering, maritime studies, global maritime business, security and supply chain management, and environmental science. Graduates leave the academy equipped to serve in the Merchant Marines, leading non-military commercial vessels.

Financial aid, loans, and scholarships, are available to prospective students. To apply for financial aid, applicants should file a free application for federal student aid (FAFSA). To apply to the SUNY Maritime College, students may complete the common application  or the SUNY  application.

For younger students looking for a college preparatory military academy, The New York Military Academy (NYMA) offers boys and girls in grades 7 ‘” 12 an academically focused college preparatory education in a military boarding school environment. NYMA was founded in 1889 by Charles Jefferson Wright, a Civil War veteran and former schoolteacher from New Hampshire who believed that a military structure provided the best environment for academic achievement. Today, the focus of the academy is to enable cadets to become exceptional leaders and citizens.

NYMA is accredited by the Commission on Secondary Schools of the Middle States Association of Colleges & Schools, a nationally recognized non-governmental organization consisting of educational institutions from elementary school through college.  This accreditation validates NYMA’s position as an institution that is advancing the quality of the educational experience for its students. It has proven successful in this goal as validated by the school’s 100 percent college placement record.

To further develop the athletic and physical abilities of its students, all NYMA students must compete in athletics for all three seasons of their enrollment. NYMA offers a competitive athletic program with teams competing in the Hudson Valley Athletic League with other day and boarding schools. The Academy offers 22 interscholastic sports as well as additional recreational activities.

The total tuition and fees for boarding cadets is approximately $37,000. Financial ad is available to eligible students through private funding and other discounts. To schedule a tour or attend an open house, interested candidates should contact the admissions office. Applications must complete an online application and submit supporting forms.

The small state of Connecticut is appropriately the home to the smallest of the five service academies. Individuals interested in a military education should understand that though small in size, Connecticut and its United States Coast Guard Academy offer a significant opportunity to obtain a high quality military education, ensuring graduates are prepared to contribute to the protection of America’s borders in monumental ways. With nearby opportunities at The SUNY Maritime Academy and the New York Military Academy, residents of the Land of Steady Habits have ample opportunity to focus their disciplined spirit and develop their leadership skills in preparation for a life of service in either the private or public sector.