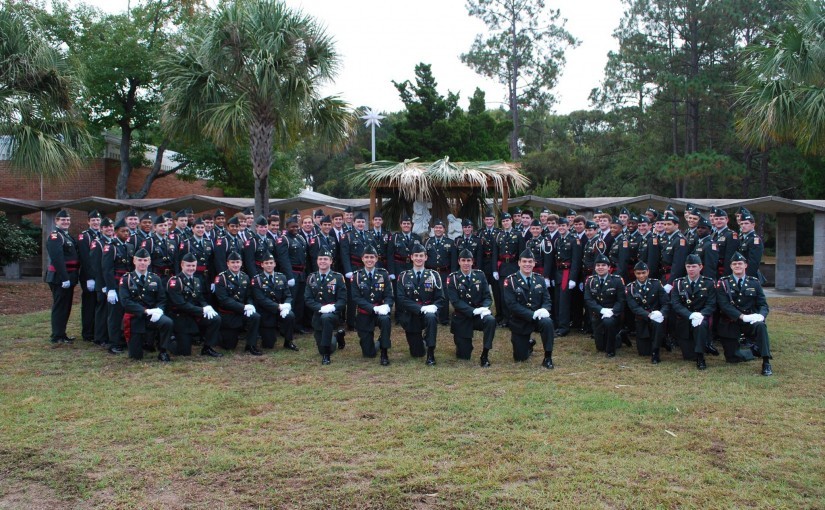 Parents and students in Georgia have some excellent choices for education in a military environment, ranging from secondary school to junior and senior colleges. While the outdated image of military schools as a disciplinary institution persists for some, these schools are quite the opposite.

Each of the institutions described below are focused on providing exceptional educational environments for exceptional students. Additionally, they offer attractive programs and benefits that come with a military approach to personal and academic development.

While the roots of the University of North Georgia go back to 1873 with the founding of North Georgia Agricultural College, the modern school was formed in 2012. The addition of Gainesville State College brought the student body to a total of more than 16,000 students.

A Unique and Respected Institution

Of these, more than 750 participate in the school’s highly-regarded Reserve Officer Training Corp program, designated The Military School of Georgia. This school has the distinction of being one of only six senior military colleges in the U.S. This unique position is enhanced by also being designated as a State of Georgia Leadership Institution.

The MSG co-ed ROTC unit is known as the Boar’s Head Brigade. Members of the Corps follow a regimented schedule and operate in a fully military environment. This includes room inspections, military drill, and participation in a PT program modeled after the Army’s Physical Readiness Training Program.

Members of the Corps are promoted based on performance and form a leadership structure that is responsible for much of the military-oriented education, activities and operations.

Cadets receive core academic training in military history, traditions and military science. However, students may participate in any of the University of North Georgia courses and academic programs. These offer a broad selection, from business to arts and letters to science and mathematics.

When applying to the Corps of Cadets/Military School of Georgia, prospective cadets should be aware of the pride taken in the ‘no-nonsense, values-based, fast-moving, nationally prominent leadership program which is second to none.’ Cadets earned 62 Army ROTC scholarships for the academic year 2015-16, which covers all tuition and many expenses.

The school also offers special programs for veterans and has programs to help prospective students access their VA benefits.

Founded as a military and agricultural college in 1900, the University of North Georgia now provides several co-ed programs, including a junior college, high school and middle school. More than 97 percent of those attending are in the junior college, which was established in 1879.

A Unique Route to Military Commission

The U.S. Army’s Early Commissioning Program is a highly-regarded program that allows its participants to earn a commission in the U.S. Army in just two years. Georgia Military College is one of only five junior colleges in the U.S. that provides this opportunity. This allows graduates from the two-year military science curriculum to accept a commission and commence their military careers while ROTC students at other schools (including West Point) must spend four years in the effort.

Georgia Military College has approximately 275 students who are resident ROTC participants, forming the Corps of Cadets, and nearly a thousand commuter students. Additionally, there are roughly 500 students who participate in the schools middle and high school JROTC programs. As a public school, the entire system of GMS’s six centers and extension centers serves more than 8,000 students throughout Georgia.

Members of the Corps of Cadets live by the guidelines published in the Cadet Guide or Blue Book, and submit to a rigorous program of discipline and study. The school makes it clear that it is not for everyone, and expects cadets to live by its dynamic and challenging standards.

The applicants for spots in the ESP program and the Corps always exceed the available positions, and as few as 25 percent are accepted. Invitations to join are sent to those applicants who qualify and are allowed to attend.

Another unique aspect at Georgia Military Academy is that there is no out-of-state tuition premium. All accepted students pay the same rate, and that is low by most standards. Additionally, students rent their books instead of buying them, another major cost savings.

Located on 206 acres in the foothills of the Blue Ridge Mountains, Riverside Military Academy has served as a leading private college preparatory school for boys since 1907. Riverside’s rich history leaves it as one of the few such schools in the country serving as both a boarding and day school.

Additionally, Riverside Military Academy is the only school in the country boasting 80 straight years as an Army JROTC Honor Unit of Distinction. The school and cadets are organized as a military unit, with cadet companies serving as the basic structure. Cadets earn increasing rank and recognition as they move through the school’s program, and form a shadow form of leadership.

RMA also boast some of the finest military-oriented training resources in the country, including a rappel tower, indoor rifle range, and obstacle course. These are in addition to modern and well-equipped classroom, fine arts center, computer labs, and lighted athletic fields.

The more than 500 cadets of RMA come from 24 states and 27 foreign countries, and represent a diverse population. They are melded into a cohesive student body through the tried and tested approach of Riverside that has produced many of the nation’s finest leaders over the past century.

Because of its diversity, the school is proficient at helping students who do not speak English adapt through its ESL program. The program is uncompromising in fulfilling its role of preparing students for acceptance at the finest universities and colleges, and it has an exceptional rate of college acceptance.

Tuition as an Investment

Many parents view the tuition costs of a school such as an investment to earn significant scholarships for follow-on education at top-tier colleges and universities. The school also has an excellent record for graduates receiving appointments to federal service academies. Riverside allows applicants to provide information online, and qualifying cadets can receive various forms of financial assistance.

Since its founding in 1902, Benedictine Military School has gained a national and international reputation as an exceptional all-male, Catholic, college preparatory day school for students in grades 9 through 12. With roots in a Benedictine heritage dating to the arrival of two monks in Savannah in 1874, the school receives guidance from the St. Vincent Archabbey in Latrobe, Pennsylvania.

A Mission of Development and Diversity

From its founding, Benedictine Military School has been committed to serving a diverse student body in a disciplined environment. The school seeks to ‘form men of virtue and integrity who are prepared for life-long learning and service to their faith and civic communities.’

Academics are a top priority at Benedictine, while they are seen as only part of the process of developing future leaders. The school is well-endowed and provides state-of-the-art facilities for the cadets. The broad offering of courses includes college prep, honors and advanced placement study levels in areas that include languages, science, fine arts, and religious studies.

Various graduates of Benedictine Military School have gained acceptance at all the Ivy League Schools, federal service academies, and other top-tier colleges and universities. Additionally, students have the option to attend one or more of dozens of summer learning experiences at quality universities around the nation and at Oxford University in England.

Graduates of Benedictine Military School have gone on to serve as leaders at all levels of the U.S. military, in business, and in communities around the nation. All freshmen and sophomores at BMC are required to participate in the schools JROTC program, and many continue throughout their time at the school.

For 22 years straight the JROTC unit at BMC has earned the “Honor Unit with Distinction” designation, placing it in the top 20 percent of all such programs nationally. The cadets have dedicated training on Mondays and Wednesdays and other activities throughout the week, including drill and honor guard.

Application to BMC can be made online or by mail, along with a $60 fee. While the school has high standards, it is also committed to a diverse and motivated student body. Accordingly, qualifying students may receive scholarships and other financial support.

If your student doesn’t feel like any of the above options would meet with their interests, you can help them find a number of both JROTC (secondary schools) and ROTC programs (colleges and universities). The Air Force, Army, Navy and Marines are represented on various campuses, and several of the programs have earned the Unit of Distinction ranking.

If you are interested in attractive college scholarships, qualified college students can receive full four-year grants and earn commissions as an officer in the U.S. armed forces. Participation in JROTC during secondary school is a major plus when being considered for such a scholarship.