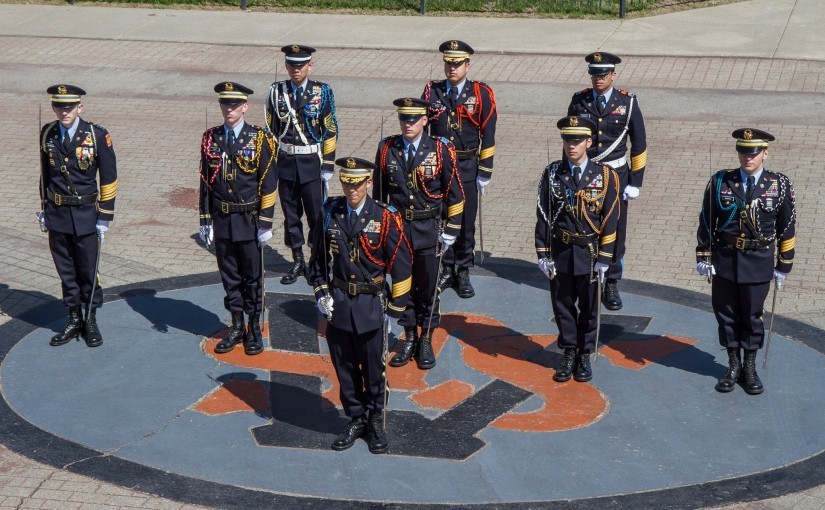 Most Americans may not think of Kansas as a state that has played a significant role in America’s military history, however, while Kansas is seemingly safely land-locked in the center of the country, it has its own influential place in our military past.

Over the last century and a half, Americans have fought for Kansas’ land, and when the Kansas'”Nebraska Act  of 1854 opened the area to settlement, Kansas became a political battlefield that fueled the onset of the Civil War. Today, Kansas’ “free-stater” culture has birthed one of the nation’s most applauded college preparatory military academies.

Residents of Kansas who share their ancestors’ disciplined and determined spirit and want a military-centric education may also want to consider nearby schools located in neighboring Lexington, Missouri or Colorado Springs, Colorado.

Founded by the Right Reverend Elisha Smith Thomas, an Episcopal Bishop, and a group of prominent Salina businessmen, St. John’s Military School for boys opened in 1887. A private school, located in Salina, Kansas, St. John’s admits cadets in grades 6 ‘” 12. The goal of the school is to help young men develop their leadership and academic skills in a safe and structured, achievement based environment. Their mission is to provide each cadet with the opportunity to grow spiritually, morally, intellectually, and physically.

St. John’s is committed to enabling cadets to achieve their personal academic objectives. Along the way, the school endeavors to help its cadets develop self-discipline and self-confidence. This format has resulted in St. John’s being designated as one of the top private schools in the country by  GreatSchools, as published in  Business Week  magazine, the only military school in the United States  to earn this distinction.

Primarily focused on offering a college preparatory experience, 92 percent of St. John’s recent graduates have been accepted into an institution of higher learning. St. John’s is fully accredited by the  North Central Association, a division of AdvancED, and the  Kansas State Department of Education  (KSDE), and it is one of only a few private schools to earn a state accreditation. The school’s academic programs successfully assist 95 percent of its cadets in increasing their GPA an average of .8 points after only the first year of enrollment.

St. John’s offers military leadership programs and a junior reserve officer training corps (JROTC) program. The military leadership programs are based on first hand experience with the Corps led by Cadets under the supervision of adult staff. For those cadets who want a more focused military training experience, the JROTC’s mission is to motivate its cadets to be better citizens. Cadets may also choose to participate in such recreational activities as the raiders advanced military skills team, robotics, the rifle team, music and band, athletic teams such as football, basketball, wrestling, and weight training, and civic air patrol.

As a religious-centric military school, St. John’s encourages cadets to also develop the personal values of faith, community, and giving. While participation in religious ceremonies is encouraged at St. John’s, they are not mandatory, nor are they limited to one faith. The school has established several faith networks to encourage the spiritual development of cadets regardless of creed.

The cost for tuition, room and board, and fees for first year students at St. John’s is $34,100. The majority of scholarships and financial aid are provided to returning cadets, however, financial aid and grants are available to qualified new students. Those individuals interested in visiting campus should contact the Admissions Office, or attend one of several receptions and open houses scheduled throughout the year. To apply to St. John’s Military School, applicants may complete an online application.

While St. John’s Military School is the only military academy located within the state of Kansas, in neighboring Lexington, Missouri, Wentworth Military Academy and College offers several academic opportunities to assist young men and women looking for a structured and disciplined education. Established in 1880, Wentworth Military Academy saw such success in its first 43 years that in 1923, Wentworth College was established as an affiliated private, co-ed, two year junior college.

Wentworth Military Academy offers a quality high school academic program within the discipline and structure of a military school environment. The faculty and staff at Wentworth Military Academy are focused on ensuring that each graduate is prepared for college and the workplace. As a testament to the success of its academic program, the Academy’s high school graduates boast a 100 percent college acceptance rate.

Wentworth College offers high school graduates an opportunity to participate in the same liberal arts and science courses available in leading universities and colleges throughout the United States in both a boarding and non-boarding environment. Wentworth students also have an opportunity to enroll in a United States Army Reserve Officers Training Corps (ROTC) program.

Kansas residents whose immediate interest lies in protecting America’s sea and sky may want to consider The United States Air Force Academy located in nearby Colorado Springs, Colorado. Established in 1954, this public federal service academy is both a military organization and a university. The United States Air Force Academy offers a four-year instructional program that aims to provide cadets with the knowledge and character essential for leadership, and the motivation to serve as Air Force career officers. Each cadet graduates with a Bachelor of Science degree and a commission as a second lieutenant in the Air Force.

Those interested in applying for admittance to the Air Force must be of good moral character, must be between 17 and 23 years old, and must be a United States citizen who is unmarried and without dependents. To complete the application process, candidates must complete several steps, which include a pre-candidate questionnaire, copies of high school transcripts, a fitness assessment, a writing sample, a personal interview, and a medical evaluation.

The Fighting Spirit of the Free-Staters

For Kansans living the ideals of their founders, a high school or collegiate experience in a military academy may be an optimal environment to embrace the state’s independent, fighting spirit. Whether one’s goal is to build the skills necessary to succeed in college, the workforce, or in service to our nation, the military schools and colleges located in and around Kansas afford young men and women an opportunity to excel wherever their free-spirit takes them.