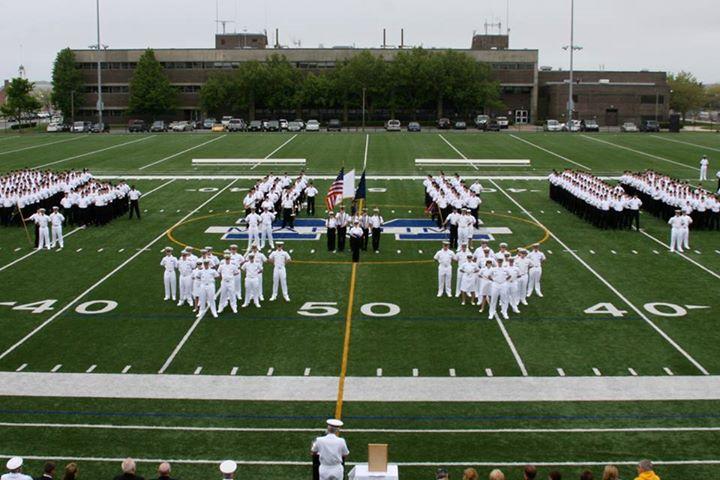 One of the original 13 colonies, Massachusetts holds a significant place in America’s military and formative histories. From the Boston Massacre to Patriot’s Day, the people of Massachusetts have been known for their fighting, nationalistic spirit. Today, Massachusetts is home to the Massachusetts Maritime Academy, which offers a quality education for graduates serving in the Merchant Marines.

Those interested in pursuing a future with the Merchant Marines may also want to consider enrollment in The United States Merchant Maritime Academy located in neighboring New York State. Also located in downstate New York, the United States Military Academy at West Point offers a premier military education for those looking to serve in America’s Army.

The Massachusetts Maritime Academy (MMA) is a public maritime academy located in Buzzards Bay, Massachusetts. The MMA is a fully accredited, four year, co-educational state university. MMA graduates leave the academy with the skills and training necessary to serve as licensed maritime professionals and in other public and private sector leadership positions. While all enrolled students are able to benefit from the structure of a military academy during their time at MMA, only cadets who volunteer for commissioning programs have military service obligations during and after their enrollment.

The MMA successfully transitions the majority of its graduates to employment in career track positions  within 90-days of graduation.  It is also recognized by The United States Department of Transportation’s Maritime Administration (MARAD) as one of six state maritime colleges approved to prepare graduates to take the federal license examination.

MMA cadets are also encouraged to participate in a variety of athletic teams and activities. In addition, cadets can choose from such activities as student government, boating, or intramural sports such as soccer, water polo, and dodgeball.

To be considered for admission, candidates must be capable of effective college-level study. Interested candidates should review current tuition and fee information, as well as the Academy’s application instructions. Tours and overnight visits are also available for interested students throughout the year.

Graduating midshipmen earn a Bachelor of Science degree, a United States Coast Guard license, and an officer’s commission in the United States Armed Forces. Known for holding its midshipman to the highest academic standards, the Merchant Marine Academy requires more credit hours for a baccalaureate degree than any other Federal service academy. Graduates must also complete the Academy’s “Sea Year” experience, which places midshipmen aboard working commercial vessels where they obtain real world experiences.

Students interested in admission should review the Academy’s cost of attendance, as well as aid and scholarship opportunities. To apply, interested applicants must request a nomination and submit an online application.

West Point’s rigorous academic program combines technical coursework with the humanities and allows cadets to choose their area of focus from more than 40 academic majors. Cadets must also complete physical education classes throughout all four years and must participate in competitive athletics, whether in varsity intercollegiate athletics, intercollegiate clubs, or company athletics. To ensure that cadets are prepared to serve in the United States Army, they also serve in leadership positions within the Corps of Cadets.

Interested applicants should review West Point’s admission timeline, as well as the steps for admission, prior to completing an application. Applicants may also be eligible for enrollment in The United States Military Academy Preparatory School (USMAPS). USMAPS prepares candidates selected by the United States Military Academy’s Admissions office for the rigorous academic and military requirements of West Point.

America’s Maritime Academies and Federal Service Academies offer an incomparable opportunity to receive an education at the highest level in a disciplined and physically demanding environment. This foundation of academic excellence and physical and mental development are the optimal setting to prepare individuals to serve in our nation’s armed forces. Residents of Massachusetts looking for a premiere education have three exceptional, conveniently located academies from which to choose. Whether looking to serve on land or sea, an education from The Massachusetts Maritime Academy, the United States Merchant Marine Academy, or the United States Military Academy offer an opportunity to excel at the highest academic and service standards.