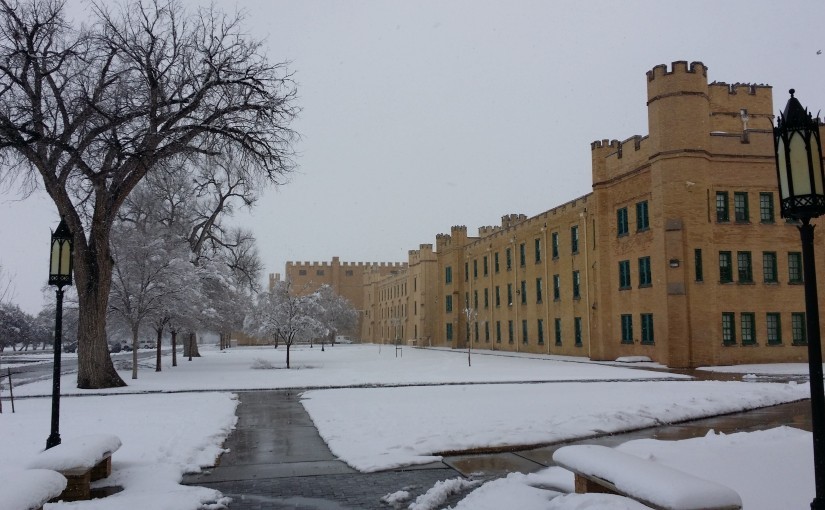 As a parent or student seeking a military-themed education, you have two excellent options. In addition there are several Junior Reserve Officer Training Corps and senior ROTC programs available for secondary and college students. You will also find several quality institutions in neighboring Texas.

Roswell is the home to one of the nation’s most respected military schools, New Mexico Military Institute. This unique institution has served its state since 1895, and it has produced many of our nation’s military and civilian leaders. In fact, the Hall-of-Famer quarterback and Annapolis grad Roger Staubach is a graduate of NMMI.

A Broad and Diverse Program for Students

New Mexico Military Institute is unique in that it offers both boarding and day options for students from grades 9 to 14. As a coeducational school, NMMI now boasts a male/female ratio of approximately 80/20 percent respectively. In fact, the initial females who started at the school in 1977 went on to join the Corp of Cadets at Virginia Military Institute and were the first female graduates from that institution.

The school takes great pride in its social and cultural diversity. Due to its exceptional national and international reputation, cadets hail from more than 45 states and 21 countries. This tradition of cross-cultural students living in a military environment makes NMMI one of the most diversified and successful boarding schools in the country.

The Military Environment Shapes the Cadets

The school operates in a fully military environment with students classified as cadets in a regimental structure. New cadets start off with the ‘RAT Experience’ where they learn the basics of military protocol and discipline as recruits-at-training. This introductory training also instills an appreciation for NMMI that lasts for a lifetime.

The cavalry tradition of the west is maintained at NMMI, and the cadets are organized into a regiment of four squadrons with a Headquarters unit. All cadets wear the ‘uniform of the day’ for all events and classes, and follow a published ‘Plan of the Day.’ Physical training and fitness is a part of the cadet life, and daily athletics are a part of the schedule they follow.

The school has a clearly stated mission to ‘educate train, and prepare young men and women to be leaders capable of critical thinking and sound analysis, leaders who possess uncompromising character, and leaders able to meet challenging physical demands.’ A significant part of this development is the Cadet Honor Code, which is modeled after that of West Point.

Cadets are recognized for their performance and success in academics and leadership with various awards and promotions. There is a ‘shadow organization’ of cadets that form a leadership core within the regiment, providing practical experiences in the areas of management, organization and leadership.

As a respected college preparatory school, the academics are both comprehensive and rigorous. Approximately 88 percent of all graduates are accepted into top-tier colleges and universities.

The management and alumni of NMMI have the goal of ensuring any qualified applicant can attend the school. Accordingly, more than 60 percent of the members of the Corp of Cadets receive financial aid and/or scholarships to aid with tuition costs.

Applications for admission are initiated online without any fees, although you can send in a paper application with an $85 fee. Prior to acceptance all high school applicants must visit the school for an entrance test and interview.

Many cadets choose to continue their training at NMMI past secondary school. Additionally, many other students start their college career as students at the junior college on the campus. This school also follows a military theme and is considered a part of the Corps of Cadets. A very unique aspect of this program is the opportunity to earn a commission in the U.S. Army in only two years through participation in the ROTC program.

Celebrating the service of the New Mexico 200th Division of the Coastal National Guard, Bataan Military Academy was founded in 2007. The school is named in honor of the hundreds of military men captured by the Japanese in Luzon during WWII. Many of those captured died during the infamous Bataan Death March. Located in Albuquerque, Bataan Military Academy functions as a co-ed charter school authorized by the NM Public Education Department.

A Rich Sense of Tradition

Although the school is quite young, it has quickly established a strong military tradition. BMA cadets participate each year in the 26-mile march held at the U.S. Army White Sands Missile Base to commemorate the notorious Bataan Death March.

Bataan Military Academy has also quickly earned a reputation as an excellent college preparatory school. It is fully accredited and is ranked among the top public secondary schools in New Mexico.

Admission to the school is based on the same qualifications for all public schools in New Mexico, and starts with an interview with the schools guidance counselor. Applicants must provide a written essay explaining why they want to attend Bataan Military Academy and must provide two letters of recommendation. The school also provides accommodations for Special Education and Gifted Program students.

If neither of these two options fit your child’s situation, you will find other schools that offer both JROTC (secondary school) and ROTC (college) programs. Of interest to many parents is the fact that participation in JROTC is a valuable step towards earning a full college scholarship through college ROTC, as well as obtaining an appointment to a federal service academy such as Annapolis or West Point.