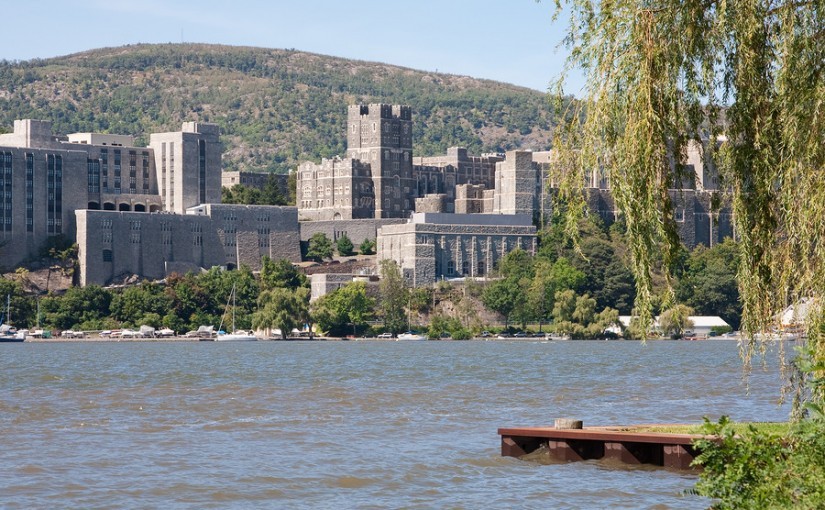 The state of New York boasts of some of the best options in the nation for pursuing an education within a military environment.

This includes two federal services academies and several secondary schools. While service academies require a special and competitive appointment for admission, there are also various public and private options for secondary school.

If you are a parent considering the costs of a private military-themed school, it is worth remembering that the investment may bring benefits in the form of ROTC scholarships or an academy appointment later.

While virtually every adult in the country has heard of West Point, not all realize the academy is located just 50 miles north of New York City on the Hudson River. The beautiful setting of the Point was originally an encampment for the Continental Army in 1778. While training of cadets began as early as 1794, the school was formally established at the direction of Thomas Jefferson in 1802.

With a long and rich tradition of producing many of our country’s greatest military and civilian leaders, including two Presidents of the United States and three foreign heads of state. The alumni of West Point number just under 70,000 and graduates have served honorably in all major U.S. conflicts. Among hundreds of generals and heads of corporations, graduates have earned 78 Medals of Honor, the nation’s highest award for bravery.

Today’s academy represents a school committed to training junior officers equipped to lead a modern and technologically advanced army. Each of the four classes of cadets number just over 1,000, and the first year cadets, known as plebes, endure a special year of enhanced training and discipline.

A Focus on the ‘Whole Person’

The original vision of President Jefferson was to create an institution that would provide the U.S. Army with the finest military leaders possible. The training provided seeks to achieve that goal by providing exemplary instruction in academics, athletics, military science, leadership and ethics. The Cadet Honor Code states “A cadet will not lie, cheat, steal, or tolerate those who do.” Obedience to this code is an essential element of West Point life, and graduates incorporate this approach to ethics in their motto, ‘Duty, Honor, Country.’

Prospective members of the Corps of Cadets must show a record of academic, athletic and leadership during their secondary school years. Appointments are largely made by sitting members of Congress, with several other sources available, such as the Vice-President. Also, any child of a Medal of Honor winner is granted an automatic appointment.

Applicants for an appointment must be between 17 and 23 years of age and unmarried. All applicants must also successfully complete a Candidate Fitness Assessment. The percent of applicants who are eventually appointed ranges from 11 to 13 percent.

While there is no tuition for attending West Point (and cadets receive a monthly stipend), the demands at the school are high. Once at the academy, cadets follow a rigorous schedule, take demanding academic courses, have limited opportunities for leave, and incur a 5-year commitment to serve in the U.S. Army.

For certain qualified students, there is a West Point Preparatory School that may help students who need additional preparation in certain academic and/or physical areas.

One of the most important capabilities of any military is the ability to support its troops logistically. That is the primary reason there is a separate federal academy ‘that educates and graduates licensed Merchant Marine officers of exemplary character who serve America’s marine transportation and defense needs in peace and war.’

Located at Kings Point, NY, the grounds provide easy access to Long Island Sound. The total student body, called the Regiment of Midshipmen, is just under 1,000, about 25 percent of the other academies.

A Unique Education and Academic Program

Midshipmen (the term for both male and female students) attending the Merchant Marine Academy receive a highly respected baccalaureate, the Bachelor of Science. They also receive a Coast Guard license and are commissioned in to the U.S. Armed Services. Each graduate has some unique options when compared to the graduates of the other federal service academies. They can:

Another unique aspect of the training of MMA midshipmen is the time they spend at sea during their sophomore and junior years. During these sea tours a rigorous program of practical education takes place while sailing all the major sea lanes of the world.

As with all service academies, primary appointments are made by Congress. Each state has an assigned number of appointees proportionate to its representation in Congress. Admittance is competitive and there is a detailed process for submitting an application that can be initiated online.

Founded in 1889 by a veteran of the Civil War, New York Military Academy is known as one of the countries better co-ed college prep military academies. Located 60 miles from New York City, NYMA is one of the country’s oldest military boarding schools. Students from grades 8 to 12 live in a military environment and the majority of eligible cadets participate in the U.S. Army Junior Reserve Officer Training Corp program.

The advantages to the JROTC program are many, including enhanced opportunities for appointment to a service academy, earning a ROTC scholarship, and superior opportunities for serving as an enlisted member of the Armed Forces.

In spite of the reputation of the school, it has seen decreased attendance in recent years. In 2010, the school needed $7 million to pay down debt, increase enrollment and put the school on a sustainable path. Officials held out slim hopes until alumni came through to avert a shutdown. Since that time the school has increased its financial status and rebuilt the student body to approximately 400 day and boarding students.

NYMA is known as a preferred choice for many international students, and the application process for students is normally initiated online.

Originally founded in 1850 to serve a growing immigrant population in Troy, NY, the school has come to be seen as one of the finest private educations in the state. Occupying a special niche as an independent Catholic college preparatory school for boys, grades 6 to 12.

Since its inception, La Salle Institute has followed the motto of ‘Honor, Truth, Duty.’ The school seeks to impart Christian values to the students attending the school, following the tradition of its Founder, Saint John Baptist de La Salle.

In developing the leadership and self-discipline qualities of its students, the school supports a highly regarded JROTC program. Students participating in the unit are educated in military sciences and skills.

La Salle seeks to maintain a diversified and caring environment for the boys attending. Qualified students who may face financial challenges are encouraged to apply and inquire about the scholarships and financial aid resources available.

With a rich tradition dating back to 1859, Christian Brothers Academy was founded by the De La Salle Christian Brothers in Albany. As a college preparatory school for boys in grades 6 to 12, the school is known for its demanding academic program.

Catholic Foundation to the School’s Philosophies

The academy follows the ‘teachings of the Catholic Church, the traditions of the Brothers of the Christian Schools and the principles of American citizenship form the foundation of the school’s Educational Philosophy.’ The goal is to provide young men who attend the school a balanced education that includes a large number of co-curricular activities.

The school’s JROTC program is one of the most popular school activities. It has the mission statement of ‘To Motivate Young People to be Better Citizens.’ The school’s unit has earned the classification of Honor School with Distinction. Of interest to parents and students is the fact that the Senior Army Instructor nominates up to five students each year for the three primary service academies, totaling 15 potential appointments.

Prospective students for Christian Brothers Academy are highly recommended to attend the school’s Open House in the fall of each year. If interested, applicants will be asked to take both a scholarship exam and entrance exam before acceptance. While a private school, there are a number of scholarships and financial aid resources for qualified students.

In addition to these military-oriented educational institutions, you will find JROTC and ROTC programs in public secondary schools and several New York Colleges and Universities.