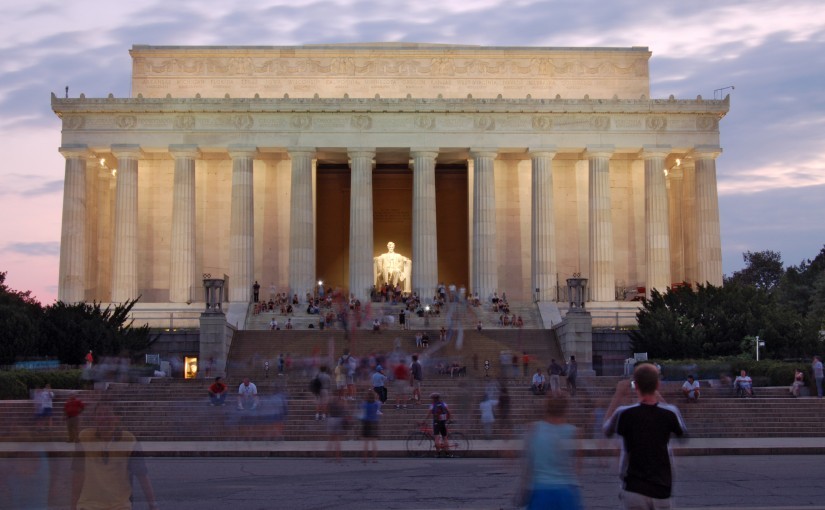 Since its founding in 1790, our nation’s capital has been both a strategic site for the coordination of America’s armed forces, as well as a symbolic representation of America’s continual fight for freedom and equality.

The location for what is today Washington, D.C., situated along the Potomac and Anacostia Rivers and centrally located between the original northern and southern states, was personally selected by its namesake and our nation’s first President. Washington, D.C. played a significant role in America’s military history during the Civil War as a place of significant civilian leadership, a military headquarters, and a logistical hub.

Those looking for a disciplined military-centric education could think of no better location to offer an inspirational setting than our nation’s capital. Today, St. John’s College High School has the opportunity to offer young men and women a military-focused college preparatory education less than nine miles from The Pentagon.

In addition, neighboring states Virginia and Maryland both offer several military education opportunities, both less than two hours from the center of Washington, D.C., including the Forestville Military Academy in Forestville, Maryland, and Randolph-Macon Academy in Front Royal, Virginia.

Established in 1851, St. John’s College High School offers young men and women in grades 9 through 12 a college preparatory education in a military-centered environment. The School is an independent, Catholic school founded on the ideals of St. John Baptist de La Salle. Today its mission is is to provide a quality education to young men and women from diverse socioeconomic and cultural backgrounds.

St. John’s’ academic, athletic, and military programs are all predicated on a Christian-faith based belief system. With a goal of developing each student personally, spiritually, culturally, and physically, the School’s Lasallian approach to education prepares its students to become future leaders of industry and their communities. To further instill these values, students at St. John’s perform a combined 25,000 hours of Christian service annually.

St. John’s is accredited by the Middle States Association of Colleges and Secondary Schools. Its low student to teacher ratio provides an individualized and personal approach to mentorship and student development, which has resulted in a 100 percent acceptance rate for its graduates into four-year colleges and universities. Along with required course work, St. John’s offers Advanced Placement and Honors courses in each subject, and a De LaSalle Scholar program for high achieving and highly motivated students. Students in the De LaSalle program have the opportunity to engage in critical studies in religion, literature, philosophy, ethics, and the social and natural sciences.

Acting within a disciplined military environment, St. John’s offers an elective junior reserve officer training corps (JROTC) program that is designed to make students become better citizens by developing their leadership skills, citizenship, self-confidence, and discipline. Established by the U.S. Congress in 1915, St. John’s is one of the nation’s original JROTC programs and is the oldest leadership program in the country. Though most of St. John’s students pursue a career in the private sector, those that choose to enroll in one of the nation’s federal service academies, such as West Point, the Naval Academy, or the Air Force Academy, find that St. John’s’ JROTC program effectively prepares them for a transition into their chosen academy. Students also benefit from participation in such activities as Color Guard, Drill Team, the Raiders military skills team, Rifle Team, or Regimental Band, among other clubs and activities and school athletics.

Open houses are scheduled throughout the year, or for those unable to visit campus in person, a virtual tour is available online. Interested students may complete an online application.

The Academy’s Military Science program enables students to explore career options while challenging them to demonstrate competence, confidence, and leadership. The curriculum combines academic preparation with the essential values of citizenship, leadership, service, teamwork, self-discipline and self-reliance through participation in JROTC.

Students interested in the Military Science program should complete a career academy application.

As a private college preparatory and co-ed institution, Randolph-Macon Academy is known for its premier position as a leading Air Force JROTC school. In fact, it is the oldest co-ed boarding school in the nation that offers AFJROTC. Its flight training program is also recognized as one of the finest available for secondary education.

Randolph-Macon has a diverse student body, with roughly a 75-25 male to female ratio. Its national appeal is evident in the fact that students come from more than 21 U.S. states and territories, as well as 15 different countries.

Noted for its academic focus in addition to a military-themed environment, the school sees virtually all of its graduates pursue postsecondary education, both civilian and at federal military academies. The class of 2014 earned more than $9 million in scholarships, spread over 60 graduates. The school actually has a special program called The U.S. Service Academy Prep Track to improve chances for selection to one of the academies.

As with most military schools, the admissions office recommends a personal visit to assess the fit between Randolph-Macon and your son or daughter.

District of Columbia in Conclusion

Today, Washington, D.C. serves not only as the home to our nation’s federal government but as one of the most iconic symbols of America’s military fortitude. For young men and women looking to commit to an educational experience that offers the discipline and spirit of America’s armed forces, St. John’s College High School offers students an opportunity to grow personally and academically in an ideal historically significant setting. With nearby military academy opportunities in both Maryland and Virginia, those living in and around Washington, D.C. have the opportunity to select one of several quality military academies from within the same region.